Inside the Glaciers Project

Glaciers are fundamental databases for various multidisciplinary studies such as geology, physics, hydrology, microbiology, biochemistry. In some cases they are also real windows on the past that allow us to collect valuable information on their evolution but above all on that of our planet and its climate, a mass of data that we can exploit to face the future.

The “Inside the Glaciers” project was born in 2014 with the first international glacial speleology camp, organized by the geologists Alessio Romeo and Francesco Sauro. The aim of this project is to study glaciers and document their evolution from within, organizing exploration and research projects in alpine glaciers as well as in Patagonia and Greenland.

For several years, together with the La Venta Esplorazioni Geografiche Association, we have been collaborating and supporting the research activities of this project through our technologies and expertise in the field of surveys, in particular on the Swiss Gornergletscher glacier where we have carried out surveys with drones and laser scanners of contact caves that will be used to study and monitor the evolution of this glacier.

During the last episode of Superquark a documentary about this project was aired: 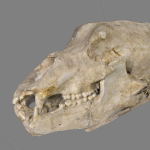 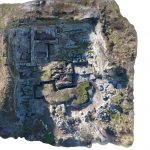