Laser scanning topographic survey systems used from the ground or mounted on cars, allow to detect large areas in a short time obtaining precise 3D measurements in the form of point clouds and 360 ° panoramic photographs. Once the acquisition phase is completed, the point clouds are subsequently aligned to obtain a single three-dimensional model which will then be used for subsequent 2D and 3D processing.

Unlike the tools generally used for classic topographic surveys, laser scanner allows to acquire much more information that can subsequently be used for different purposes, such as for the creation of interactive databases or digital 3D modelling. Data acquired are commonly processed in a CAD environment to create 2D plans and profiles and three-dimensional models. In addition, open source software and other applications helps to manage the data more and more easily thanks to new technologies such as virtual reality viewers, with which it is possible to interact directly through 3D models even without particular computer skills

LET’S GET IN TOUCH

Working with different instruments and technologies, we can give you the possibility to choose between several solutions to guarantee excellent results for any project. You can write us through the form below, we will reply as soon as possible! 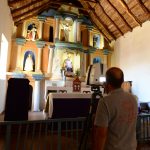 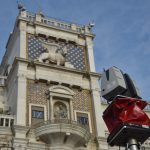