Mud volcanoes are emissions produced by the upwelling of water of marine origin, mixed with gaseous hydrocarbons (methane) and, to a small extent, liquid (petroleum), which reach the surface through faults and fractures in the ground, giving rise to the typical formations cone or pool. The phenomenon was known since ancient times and studied by famous scientists of the past.

The Sauces of Nirano, located in the municipality of Fiorano Modenese, represent an important geological phenomenon of international importance. The nature reserve, established in 1982, protects the largest and most peculiar complex of sauces in the Emilia Romagna region and, with that of Aragona (Agrigento), the most important in Italy and among the most complex in Europe.
The Reserve covers about 200 hectares, between the Fossa and Chianca waterways, on the first slopes of the Modenese Apennines.

For several years, we have been collaborating with the Municipality of Fiorano Modenese and the University of Modena and Reggio Emilia – Department of Geological and Natural Sciences, carrying out topographic and three-dimensional surveys as part of a research project that involves the Universities of Siena, Bologna as well as to INGV (National Institute of Geophysics and Volcanology) and C.N.R. (National Research Center)

LET’S GET IN TOUCH

Working with different instruments and technologies, we can give you the possibility to choose between several solutions to guarantee excellent results for any project. 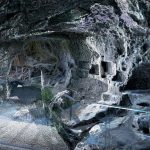 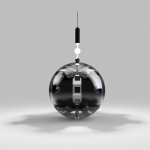